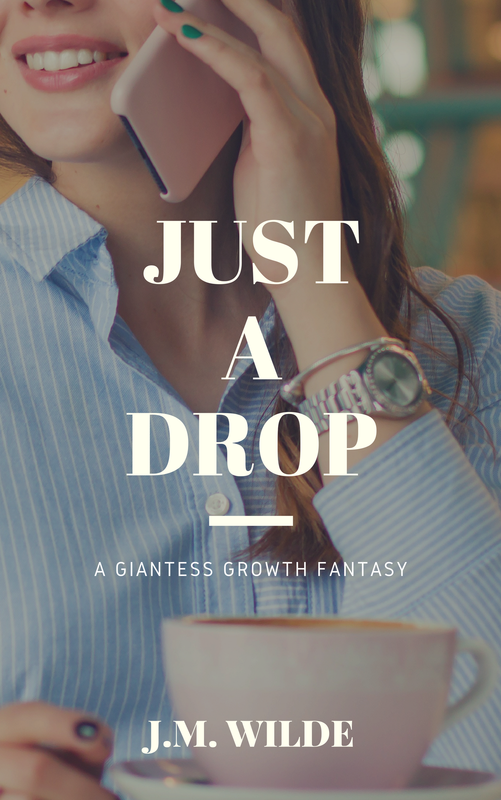 Nobody would have thought Jerry was a particularly noble guy. Most considered him about average when it came to the moral fortitude of used car salesmen. His real skill was being able to hide just how low he could actually sink. He fooled family and he fooled friends, and for the last three years, he’d fooled Jessica.

Jessica was, in the eyes of most people she knew, a nice person. In fact, she was a pretty nice person in Jerry’s estimation, too. That was the problem. Nice wasn’t what he really wanted.

Jerry wanted excitement. He wanted surprises, and reckless abandon, and most of all, power. He wanted the power to do as he desired without consequences.

But, he knew, you have to be nice.

That didn’t stop him from trying. He tried asking Jessica about “spicing things up.” She just wasn’t into it. She’d been raised in a conservative family. Sex was simple for her, and fairly predictable. Jerry kept hoping for a wild side to be uncovered, but Jessica didn’t seem to have one.

No matter how much he nagged, she wouldn’t go as far as he wanted. She’d try a few slightly kinky things here and there, but it just wasn’t her. She finally put her foot down when he came to the bank where she worked and slyly suggested they try a quickie in the bathroom.

So, Jerry considered his options. Break-up and look for someone new? No, Jessica might not have won any beauty contests, but she was as good as he was going to get, he was sure of that. Try couples therapy? She might go for that. But he didn’t have faith that anything would change. And besides, he’d heard horror stories of therapists telling clients that they could do better!

Finally, he settled on a solution, the one that seemed the most logical: buy some kind of hormone-based aphrodisiac from a .biz website based in a country he’d never heard of. At best, he’d have the nymphomaniac girlfriend he’d always wanted. At worst, he’d be out thirty bucks. It was worth a try for the price of a few morning lattes. He needed to cut back on caffeine anyway.

The day the package arrived Jerry was more excited than he’d been in years.

He took it with him and locked it in the trunk. While he tried selling a lemon to an old couple looking for something reasonably priced and with decent mileage, Jerry’s mind was on the “new Jessica” he had been waiting so long to meet. He didn’t make the sale. His boss gave him a pass; after all, everybody has an off-day once in a while. Jerry’s boss, of course, had no idea just how off the day was about to become.

Jessica’s phone rang just after 4 o’clock. She rarely got calls at work; Jerry didn’t make a habit of it. He wasn’t the type to check in or whisper a few sweet nothings in the middle of the day. When the buzzing vibration started in her pocket, she nearly jumped out of her chair.

“Jerry, is something wrong?!”

“No! Nothing’s wrong, babe,” came that syrupy voice of his, the one that had sold more crappy vehicles than all the other salesman of Carl’s Used Cars. “I just wanted to let you know, dinner’s on me tonight. I’ll get Chinese.”

“Whoa! Uh, thanks, Jer! That’s sweet of you!” She had to stop herself from exclaiming just how unlike him it was to do anything sweet.

“Anything for you, baby,” that syrupy voice replied. “See you when you get home!”

He nearly ran his car right into an expensive-looking Mercedes as he pulled into the shopping center. Ping’s Chinese Takeaway was always a good bet. It was Jessica’s favorite. Jerry looked around. Nobody was nearby. The parking lot was all but deserted now.

After popping the trunk, he reopened the brown box and examined the little bottle inside. Only one thing on the label was written in English. “Just a Drop,” he read aloud to himself. Jerry shrugged. Jessica would need way more than a drop to match his considerably vigorous sex drive, he thought.

Returning to the front seat, he opened up Jessica’s pork fried rice and poured in the whole bottle. He stirred it thoroughly, and to his relief, the green color faded out. She’d never suspect a thing. His only worry was that it would taste weird. The stuff had no odor, which was reassuring. He tossed the evidence in a dumpster as he left the parking lot.

An hour later, he was sitting across the table from Jessica. Without much subtlety, he was watching her eat.

“Uh, do I have something on my face?” she asked.

There was the killer combo of sappy smile and saccharine sing-song that had sold so many crappy cars. Jessica smiled back. Jerry had declined to mention that she did, in fact, have Schezuan sauce on her left cheek.

“You are so sweet today,” she said, her voice a pleasant lilt he was just as unused to hearing, “and you’re usually so quiet at dinner. What’s got into you?”

“I just can’t help but appreciate having such a wonderful woman in my life.”

That smile again. Jessica, he thought, may not have won any beauty pageants, but she sure did have a nice smile. If he kept playing his cards right, he’d be seeing a lot more of that smile. And if the hormones did their thing, he’d be smiling a lot more, too.

Much to Jerry’s dismay, however, the rest of the night was uneventful. Jessica was her normal, shrinking-violet self all evening. She did a few crossword puzzles, watched a game show, and read a magazine. Jerry began to suspect that maybe that website had been a rip-off, and his mood went from sweet to sour faster than the Chinese chicken in his number six combo platter.

Jessica took notice. By the time they were settling in for bed, Jerry had snapped at her for not taking the garbage out (the bag wasn’t even half-full) and for forgetting to mop up the soda he’d spilled in the kitchen. This was the Jerry she knew. Whatever had lightened his mood, she thought, must have worn off.

Jessica knew that she wasn’t really “ugly, ugly.” At 5’2, she had a slightly chubby figure, short blonde hair, and a pudgy faced that made her look a bit younger than her 27 years. Somewhere along the way she’d come to view herself as “just below average” and had accepted that stoically. She never saw any point in makeup, fixing up her hair, or being fashionable.

Though she would never say it, not even admitting it to herself, her self-image was precisely why she settled for Jerry. Sure, he was kind of a jerk, and at 5’9, lanky, and with what she called “unlucky” skin (he wouldn’t touch moisturizer for fear of looking “girly”), he was no prize himself. That was exactly why Jessica thought they belonged together. She’d dated worse guys. She figured Jerry was just good enough to be worth “making it work.”

That night, in bed, Jerry snored next to her. She stared at the ceiling and wondered. The questions that had been floating through the back of her mind slowly drew a little closer to the front. Why HAD he been so nice today? It wasn’t like him, not unless he wanted something. What did he want? What had he been expecting?

She considered waking him up, but then decided against it. He wouldn’t tell the truth anyway. And besides, though she didn’t linger on the thought for more than a nanosecond, she preferred Jerry snoring to Jerry talking.

That’s when it popped in her head.

Something from her past. From years ago.

Brandon Lawrence, the hottest guy in her high school.

“Good grief,” she thought to herself, “that was almost a decade ago!”

She’d attended a graduation party at the end of senior year. She’d turned eighteen just a few months earlier and was enjoying the freedom of being able to drive to parties by herself. Not that she was any sort of party girl. But it was an exciting novelty, being able to just go.

Brandon was nineteen (he’d been held back a year, somewhere down the line) and had gotten into a good college on a football scholarship. At 6’3, and with a muscular body that almost guaranteed a future career as a model for some clothing catalogue, he was on every girl’s radar.

She had never been a very sexual person, but Brandon did give her…ideas. That was how she put it, when she’d confessed it to her roommate in college. He wasn’t a smart guy, but he was kind. Kind, bold, and incredibly good-looking, Brandon was, in her mind, the perfect guy. Her roommate chided her when she’d added “…definitely out of my league.”

Why did she suddenly remember him?

​Buy the eBook at Smashwords!

​Buy the eBook on Kindle!

Text Copyright 2018
​All text and writings are copyright J. M. Wilde unless otherwise noted.
Powered by